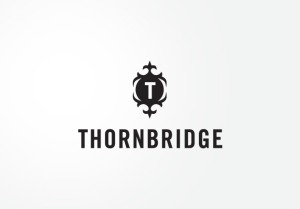 The first ever Thornbridge beer went on sale back in 2005 so you could regard them as experts in the field of craft brewing. Interestingly the brewery was founded by BrewDog co-founder Martin Dickie, who left the Derbyshire company in 2007 to go and start BrewDog. The brewery has won over 200 awards since its inception and has a plethora of tasty and interesting beers on its roster.

I only recently discovered Thornbridge very recently at the Euston Tap when I was treated to the Jaipur IPA and Colorado Red, both of which I’d advise you checking out. The Wild Swan is a white gold pale ale and it got my attention when I was most recently in a chain supermarket. It is a very low ABV at 3.5% and actually didn’t taste how I was expecting it to. Considering it is described as a pale ale (another reason I purchased it) I was exciting more hops. However, it is more like a pilsner or a lager, I’m not saying this is a bad thing at all. The Wild Swan is incredibly refreshing and is very light. It reminds me a little bit of the Meantime London Lager.

It is a beautiful golden colour and it’s a fantastic summer brew. It’s no where near as hoppy as I’d like; although on a really hot day it is a lovely pint. It certainly quenches the thirst after a long walk in the hot summer. I would definitely recommend it served cold.

Thornbridge are definitely one of the success stories of craft brewing and long may it continue. However, if you’ve never tried a beer by them I’d suggest you start with the Jaipur or Colorado Red rather than the Wild Swan.