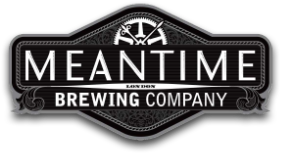 As I’ve previously discussed on several occasions on this blog I am not a huge fan of lagers, however I’ve tried a couple of good ones recently including the USA Hells I just reviewed so decided to give another lager a try. This Union Lager is very malty, bitter and not very sweet at all but it is certainly A LOT better than your standard lagers. It is red in colour, almost as red as the Yakima Red by Meantime Brewery.

Meantime say, the Union Lager is “A Vienna style copper coloured lager with light malt flavours and crisp balancing bitterness. Union Lager uses well kilned malts to produce a deep copper colour and bready, light caramel flavours and aromas.It has clean malt character, with balancing hop flavours and bitterness. Light to medium bodied, the beer is refreshing and at the same time satisfying.” I would most definitely say it is refreshing however for me it is far too bitter and as I previously discussed lager isn’t really my thing. However, if you’re into your lager then this is probably right up your street.

Plus this Mr. Hyde bloke seems like a prick.