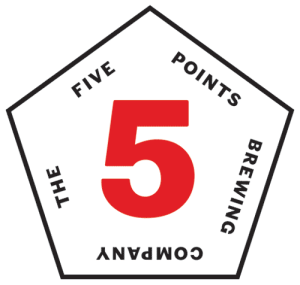 Five Points make fantastic beers. They have three core beers, Hook Island Red, Pale Ale and Railway Porter. They currently produce my favourite porter and favourite red beer so when I found out they were taking a foray into IPA I was ridiculously excited. My favourite style of beer, IPA and one of my favourite London breweries, Five Points, what could go wrong?

As I’ve said before, I find Hook Island Red faultless and the pale ale is lovely too. But how would the IPA compare? I got a really strong citrus, fruity and hoppy aroma as soon as I opened the bottle. A great smell. It pours quite a dark hazy orange with a foamy top, probably a fingers worth. Five Points describe their IPA as “lush” which I think is a great word to describe this beer.

It’s a pretty strong IPA at 7.1% but is dangerously easy to drink. The citrus flavour is very strong on your palate and as you’d expect from an IPA has a strong hoppy flavour. Like all good IPAs it is creamy, tasty and incredibly moreish. It has that lovely hoppy after taste and it is an IPA I could drink a lot of. Comparable to other IPAs I’ve had recently it probably isn’t anything spectacular but if you’re into your IPAs then this is another I’d highly recommend.