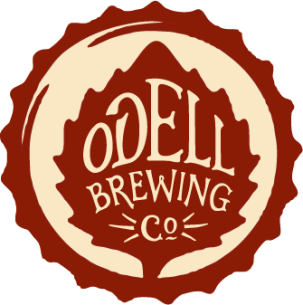 Odell Brewing Co was founded in 1989 and most recently in 2014 was named one of the largest breweries in the United States (34th) based on sales. It is a brewery, like Stone Brewing Co that I’ve always wanted to try. Thanks to distribution in the UK I was able to pick up an IPA by Odell Brewing Co recently and was mega excited to try it.

The Odell IPA pours an incredible golden orange colour with a finger’s worth of foam on the top. The smell is pungent, with bursts of citrus fruits (including grapefruit, orange and mangoes) coming at you. It’s a wonderful looking beer.

The beer is a modern take on the English classic IPA. They’ve made this famous beer type into an American hoppy beast. It has the right amount of sweetness from the fruits and bitterness from the hops making it a really refreshing beer to have on a summer’s day. When there is such a big craft beer scene in the UK, I definitely take breweries like Odell for granted. They make really bold, exciting and awesome beers. It’s only a matter of time before more people discover breweries like Odell.