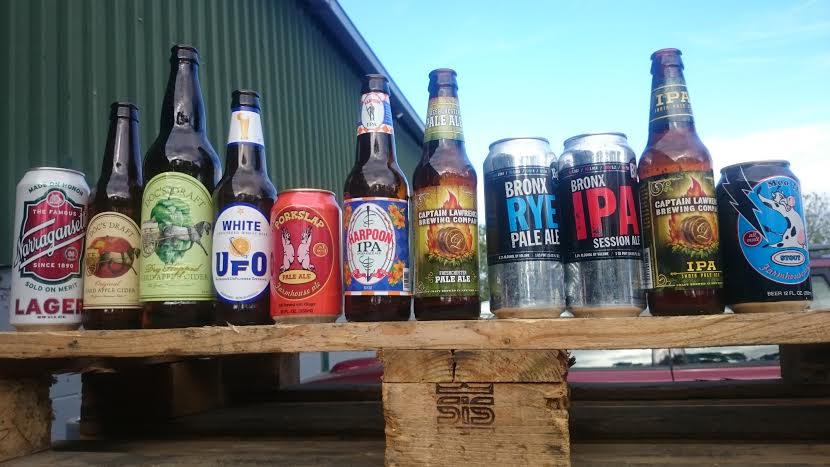 It’s unlike me to really cover beer “news” on this blog but a few weeks ago I was invited to The Hop & Berry in Islington by Euroboozer to try out a load of American craft beer. The reason? Because world beer specialist Euroboozer has launched the biggest range of US craft beer and cider in the UK at one time.

Unfortunately I wasn’t able to make it down to the launch event but Euroboozer sent me a few samples afterwards to try. Which was rather nice of them! I was able to try Bronx Brewery Session IPA and Captain Lawrence Brewing Company IPA.

I’d not heard of both of the breweries either, so it was awesome to check out some new American breweries. Thankfully both of the IPAs did not disappoint either! Living up to my high expectations of American IPAs – they both hit the spot! With loads of big flavours, hops and citrus flavours!

Initially there is 10 beers and ciders in the range and some of the breweries involved are as follows:

Harpoon, Boston – founded in 1986 by Dan Kenary, Rich Doyle, and George Ligeti. Harpoon’s New England IPA and their iconic UFO White will be the first of the beers to launch exclusively in keg format in the UK.

Bronx Brewery, New York – founded in 2013 and solely and maniacally focusing on this one style, the Bronx beers initially available in the UK include the Bronx Session IPA and the Rye Pale Ale.

Captain Lawrence, New York – a home brewer since 1995 and strongly influenced by traditional Belgian ale styles. The beers now available in keg include the Freshchester Pale Ale and the IPA.

Doc’s Cider, New York – Doc’s has become one of America’s best ciders since opening their doors in 1994. Now available in kegs, and soon in bottles, Doc’s Hard Apple Cider and Dry-Hopped Apple Cider are made with 100% pressed apples sourced from their farm.

The beers will be delivered to London and the south east and I will most definitely be looking out for all of the breweries in shops and pubs.